Experience Wonder at Jewel: Disney100 activities to check out at Jewel Changi Airport for the whole year of 2023

As always, be assured that enhanced precautionary measures are in place across our attractions, retail, F&B and service outlets for your health and safety. Don't forget to observe good hygiene measures during your time at Changi. Stay safe!

At some point in our lives, we have been touched by the wonder of Disney - whether it's watching our favourite Disney fairytales during our childhood days or enjoying Disney films even as we become adults. Now you’ll get the chance to relive fond memories of well-loved Disney films at Jewel Changi Airport, starting 13 January! Commemorating 100 years of The Walt Disney Company, the Disney100 celebrations in Singapore will launch at Jewel with different activities for the whole year of 2023 as part of the Experience Wonder at Jewel festivities.

Disney fan or not, here’s a list of things you should not miss for a fun visit to Jewel.

1. Be dazzled by a new Disney100 Light & Sound show with special performances 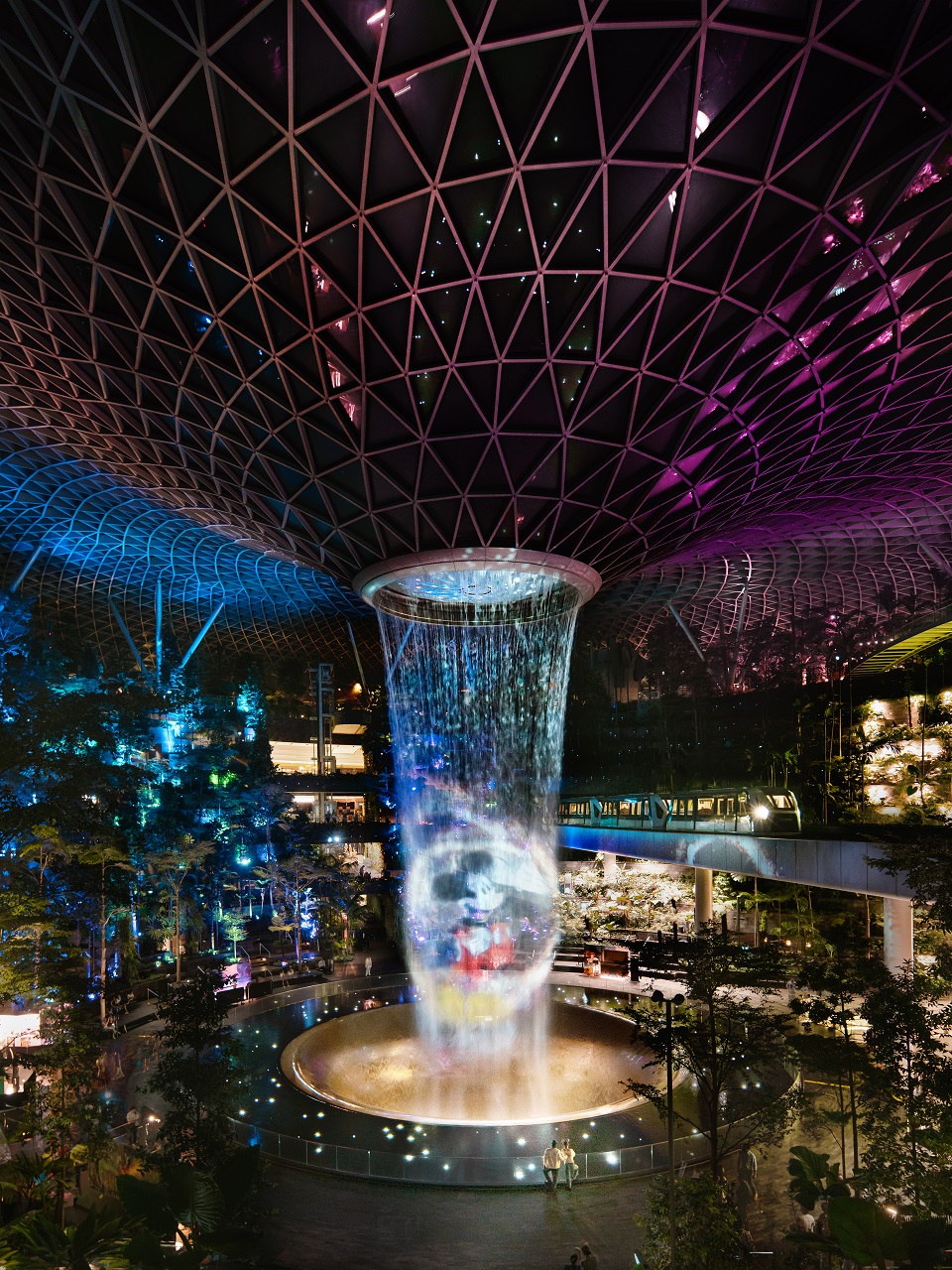 Experience a dazzling new Light & Music Showcase at Changi Airport in conjunction of the Disney100 celebrations.

Jewel’s Light & Sound Show at the famed HSBC Rain Vortex will take on a Disney100 theme to mark the centennial celebration. Expect to see a couple of surprises during the entire show, including a surprise performance and special appearances! For the main affair – a 6-minute long specially-choreographed Disney100 Light & Sound show – a plethora of beloved Disney, Pixar and Marvel characters from many iconic films over the century will be flashed on the cascading waterfall. You’ll also get to sing along to a medley of Disney movie songs like ‘When You Wish Upon A Star’, ‘A Whole New World’, ‘You’ve Got A Friend In Me’ and the theme soundtrack from the ‘Avengers: Endgame’ movie.

This special version will run exclusively for the launch weekend from 13 to 15 January, at the Shiseido Forest Valley. Beyond that, you will be able to watch a shorter version that will run from 16 January to 9 April.

The Light & Sound Show is free for all Jewel visitors but do get there early to get a good view of the show!

2. Meet with Disney’s well-loved special friends (for a limited time only!) 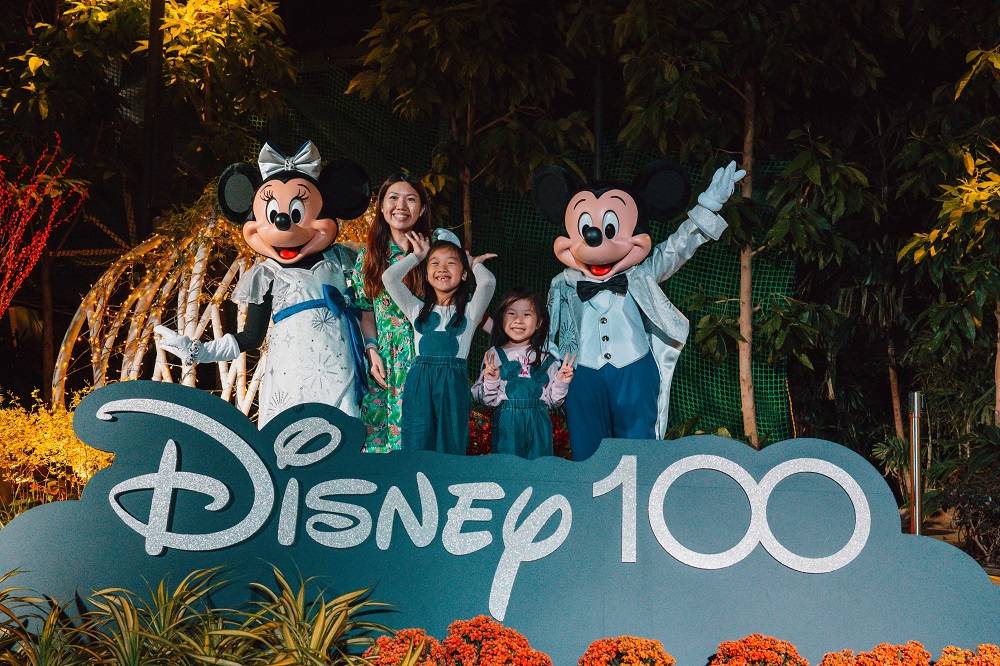 Don't miss the opportunity to meet with Donald Duck, Mickey Mouse and Minnie Mouse from 13 to 15 January at Jewel.

And what’s a Disney event without actually meeting a Disney character? For a limited time only from 13 to 15 January, get to meet with Mickey Mouse, Minnie Mouse and Donald Duck. Each character will only appear for approximately 30 minutes at a time so there will be limited slots for photo-taking. Do get in queue early to avoid disappointment!

Pro-tip: Come dressed in full outfits inspired by your favourite Disney characters during these three days to score a free entry to Canopy Park.

3. Pose with the largest platinum Mickey statue in Singapore 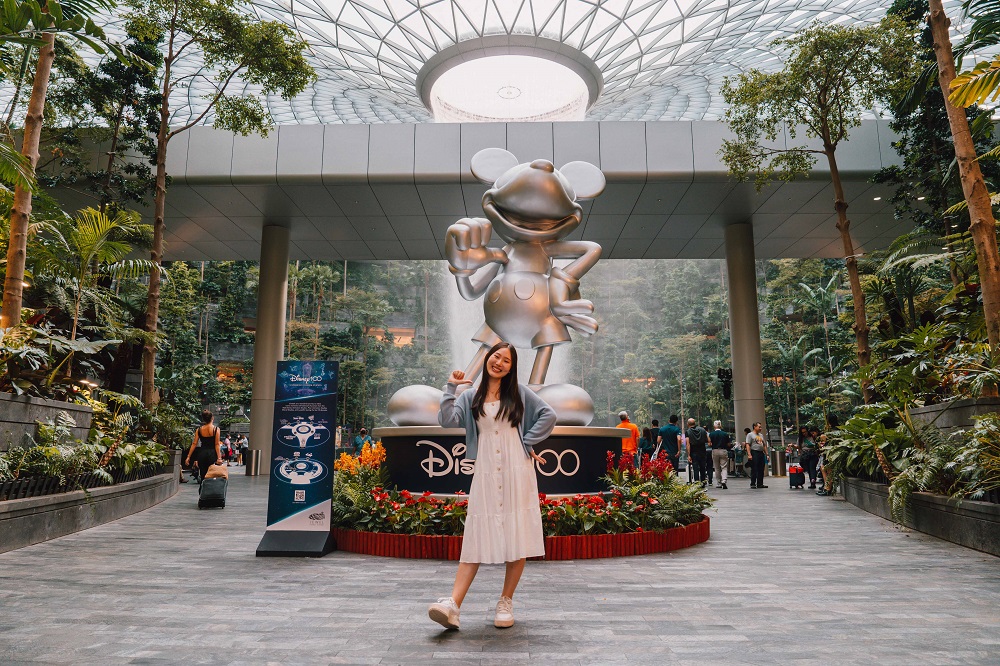 Pose with a massive Mickey platinum statue at the Shiseido Forest Valley.

Platinum is the main colour palette of the Disney100 celebrations and you’ll see that come to life at two photo opportunities! First, a massive Disney100 platinum archway at the entrance to the Shiseido Forest Valley marking Disney’s 100th anniversary. Past the archway and further into the indoor garden, a 4-metre platinum statue of Mickey Mouse will welcome you. This is the largest platinum Mickey statue in Singapore!

4. Step into the world of iconic Disney films 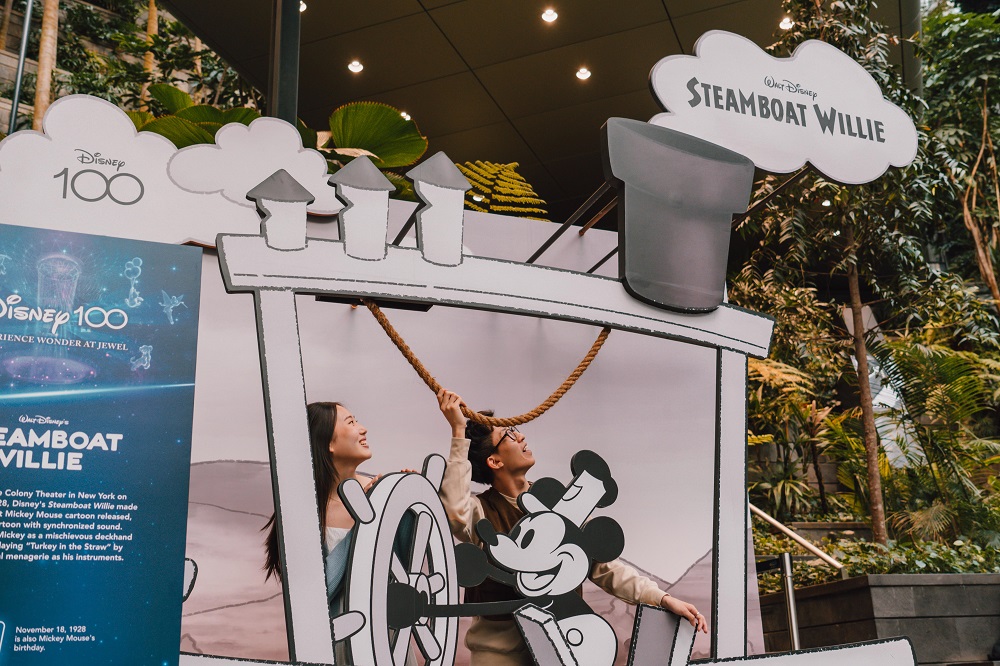 Did you know? Steamboat Willie is Disney's first animated film with sound!

Spread across the Shiseido Forest Valley and Canopy Park, explore 10 Disney-themed photo spots that feature classic and popular films in Disney’s history. Step into famous scenes of Disney, Pixar, Marvel and Star Wars movies and snap photos with these 2D interactive photo installations! They are exclusive to Jewel and will be on display till 9 April. 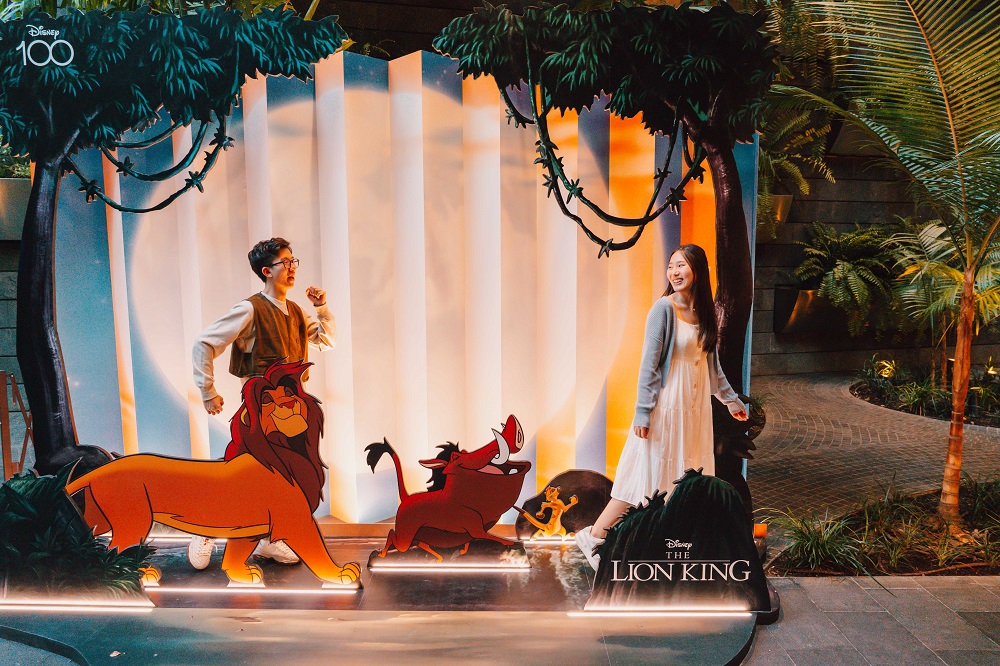 Try out the lenticular effect at this Lion King photo installation.

Six photo spots inspired by Steamboat Willie, Winnie the Pooh, Snow White and the Seven Dwarfs, Inside Out, Lion King and Toy Story are situated around the Shiseido Forest Valley. While four others inspired by Encanto, Doctor Strange, Star Wars Mandalorian and Up are scattered throughout Canopy Park.

Disney princess fan? Snap a photo with Snow White as she sings with the animals in the forest

Did you know? Released in 1937, Snow White and the Seven Dwarfs was Disney’s first full-length animated film. What is little known is that it actually took more than 750 artists over a period of three years to produce the film.

See if you can spot other fun facts of Disney films you never knew about as you check out the exhibition! 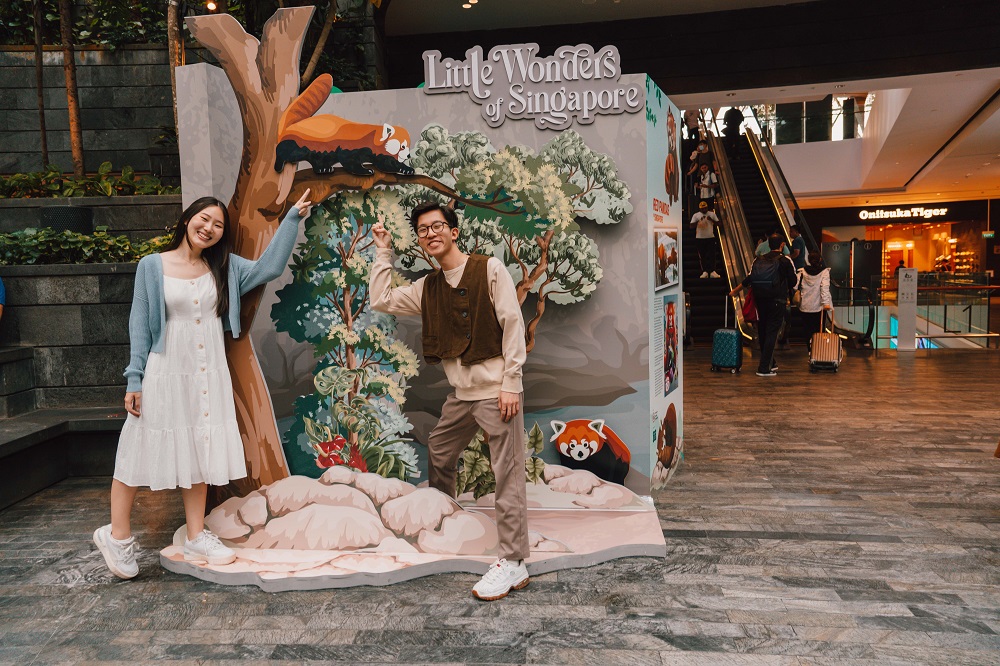 The red pandas you see at River Wonders are actually the main character in Turning Red.

In collaboration with the Singapore Tourism Board, discover interesting elements of Singapore that tie in with various Disney titles at the “Little Wonders of Singapore” pop-up.

You might not know this but Singapore is not the only nation proudly represented by an orchid. Colombia, the birthplace and inspiration behind Disney’s Encanto has the Cattleya orchid as her national symbol! The adorable Red Pandas, Keta and Karma, found at the Giant Panda Forest exhibit in River Wonders (Singapore), are also the main characters in Disney and Pixar’s Turning Red. The story follows Mei, a young Chinese-Canadian student who transforms into a giant red panda whenever she feels strong emotions.

Shop for Disney merchandise at this Year of the Rabbit Tsum Tsum pop-up store at Jewel.

For this Lunar New Year, Disney fans can find a range of merchandise such as toys, stationery, apparel, homeware and more at the Disney-themed Year of the Rabbit Tsum Tsum pop-up store. This is the largest Disney-themed pop-up store in Singapore and will be available till 28 February. Redeem a complimentary set of Year of the Rabbit Tsum Tsum red packets if you spend a minimum S$80 in a single receipt.

Come March, this pop-up store will be transformed into the The Wonder Store to feature Disney100-themed merchandise!

So head down to Jewel soon to experience all the wonderful Disney activities! Expect to see more activities later this year as there will be seasonal events with different Disney themes during the June school holidays and for the year-end festive season.