Take the path less travelled and head to the southernmost parts of the world for an experience you will never forget.

For decades travellers have journeyed to the Northern Hemisphere to visit the Aurora Borealis. But with the sun’s 11-year solar cycle coming to an end, these Northern Lights are fading and will not be seen often for another decade.

Fortunately, more intrepid travellers have discovered a secret. The Southern Hemisphere has its own light show that more than rivals the one found in the north – the Aurora Australis.

Many of us will have seen images of colourful swirls of red, purple, green and blue across night skies, a result of the sun releasing a massive burst of solar wind and magnetic fields into space. And now they’re much more accessible than ever before.

Learning how to understand the Aurora Australis forecasts is the first step in deciding where and when to best view the lights. Familiarise yourself with forecasting websites in the areas you most want to visit and don’t be afraid to ask experts in these communities for advice. Although there is much tracking of this natural phenomenon, there is still a lot of luck in being in the right place to see it strike at its most vibrant.

The months from March to September are usually the best for catching a glimpse of the southern lights, and around midnight, the best time. 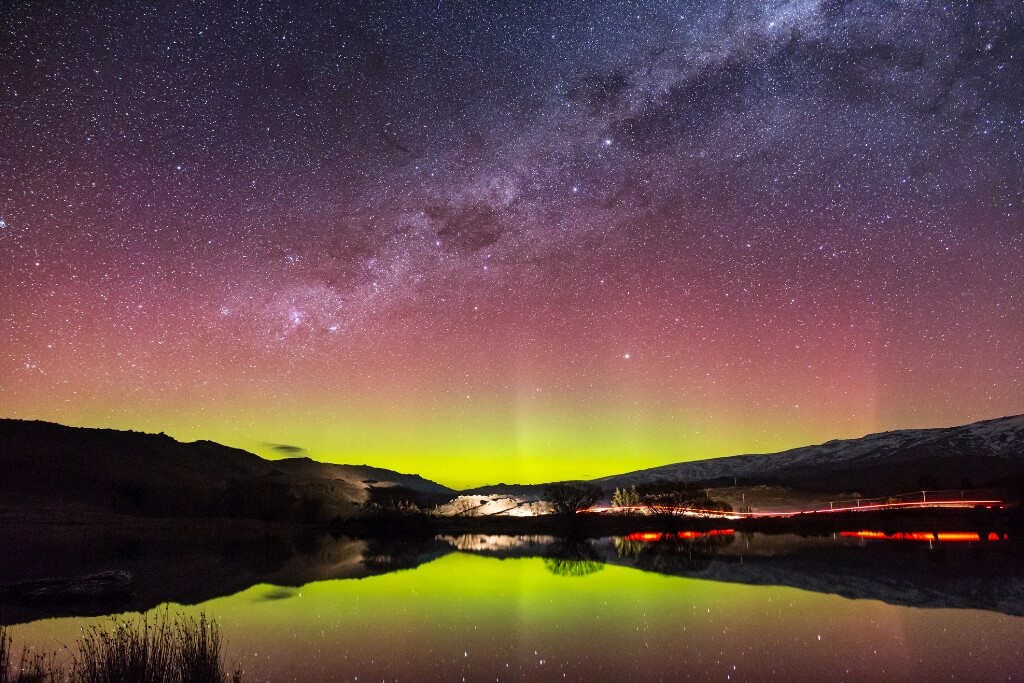 The Southern Hemisphere has its own light show that more than rivals the one found in the north – the Aurora Australis.

Lying 30km off New Zealand’s South Island, subantarctic Stewart Island offers great views of the Southern Lights. Rakiura National Park, which in Maori language means ‘land of the glowing skies’, is where you’ll also be able to capture spectacular sunsets and spot kiwis. The park itself offers visitors huts for the duration of your vacation, while the nearby town of Bluff has a full range of hotels and guesthouses.

Lake Tekapo in the Mackenzie district is another option for travellers chasing the Southern Lights. It’s recognised by UNESCO as a “dark sky reserve”, a place offering dark skies unpolluted by artificial light and ideal for stargazing. Go high up into the mountains to the Mt. John Observatory or get The 70-year old Church of the Good Shepherd in the foreground of your snap of the Southern Lights.

Winter, the ideal viewing season for these lights stretches from March till September. But to see the lights in their most dazzling glory, make sure you go during the winter, between March and September. For a more settled weather allowing other activities like hiking and kayaking, pick the June to August window.

Tasmania is an excellent choice for travellers looking to see Aurora Australis because sightings are common in many parts of Australia’s most southern state throughout late winter and early spring. 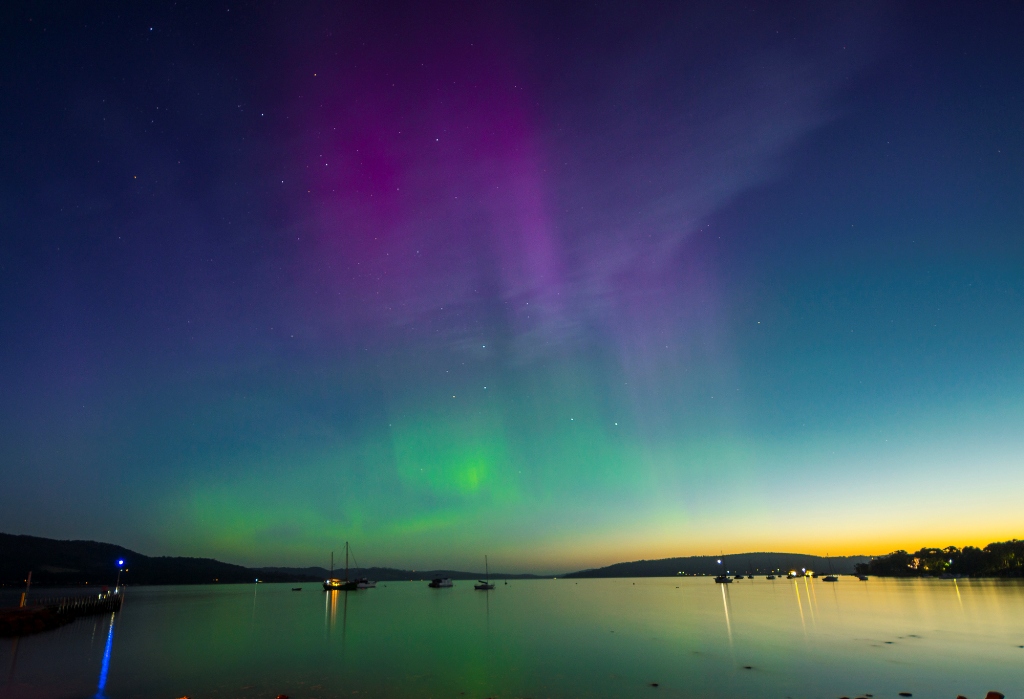 The clear skies on the outskirts of Hobart

South Arm Peninsula in Hobart, the capital of Tasmania is one such place, with minimal light pollution and clear open spaces for viewing. Travellers can spend the day walking or cycling along the trails and beaches and settle down to enjoy the lights late at night. Dodges Ferry and Cockle Creek are other great spots that provide good chances for a clear sighting For a slightly different experience – one of spotting the lights in the wilderness - try the Cradle Mountain-Lake St Clair National Park, Narawntapu National Park and remote Melaleuca. These parks house some of the most colourful plants and wildlife including rare birds like the orange-bellied parrot and flora like the club moss and prickly tree fern. Take in as much as you can of what the nature offers here during daytime hours and round off a great day of adventure with nature’s own light show in the sky. 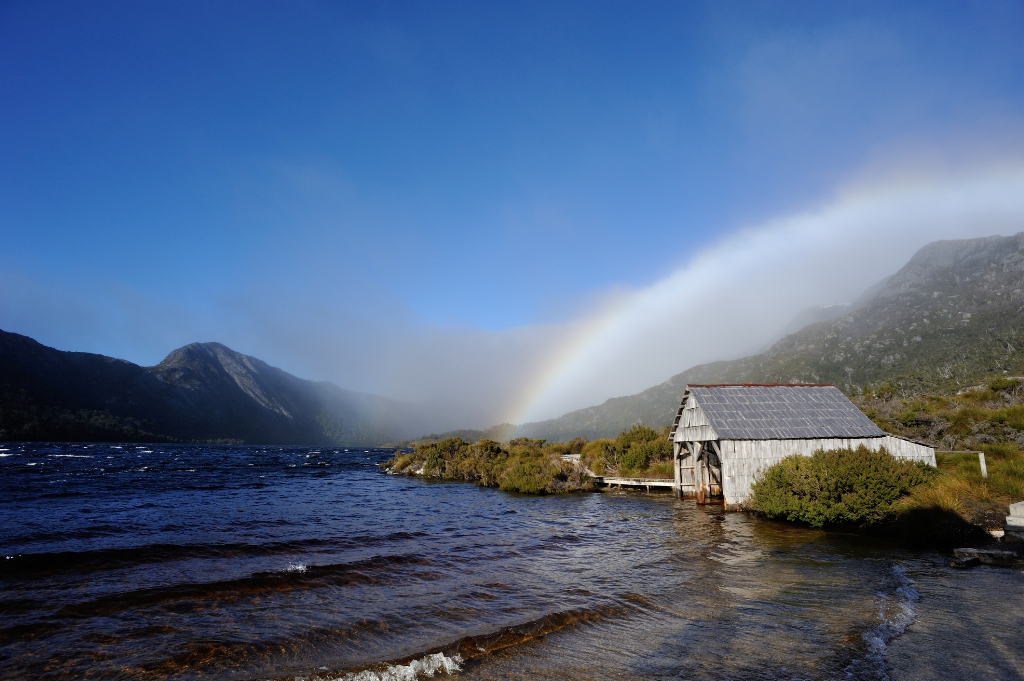 The best time to catch the actual lights is in the winter, from March to September. Make sure you are awake around midnight, when the sun is directly on the other side of the earth. Winter is also an off-season period so you might be able to find some good deals on flights and accommodation.

Wherever you choose to enjoy this once-in-a-lifetime experience, the increase in recorded sightings, places to stay and organised tours means that a vacation to see Aurora Australis is easier to plan than you might think.

Spring (September to November) and Autumn (March to May) in Australia and New Zealand have good weather but Winter (June to August) is the best time to catch the Southern Lights.

Driving is the best way to get around, especially when travelling to outskirts, which is usually where the southern lights are most easily visible.

Fly directly to various cities across Australia and New Zealand from Changi Airport. Search for airfare deals and book your tickets now!