Home to the world-famous Harbin International Ice and Snow Sculpture Festival, China’s “Ice City” attracts thousands of visitors from all over with its annual showcase of incredible snow sculptures, magical ice lanterns, and surreal wintry landscape.

With an average annual temperature of 3.6°C (38°F), Harbin is literally the coolest place in China.  Heilongjiang, its capital, offers more than just a superlative ice festival. With an immensely rich culture, wild attractions, and natural beauty that transcends seasons, get ready to gear up for an experience like no other.

Blanketed in snow or thawing ‘neath summer skies, these five unique Harbin experiences will make you want to fly in any time of the year.

Would you rather witness the world's largest tiger devour its prey from just a few feet away, or contemplate the grace with which two 1000-pound polar bears aggressively play-fight? Whichever you pick, the power of these "wild encounters" will never let you forget your Harbin visit. 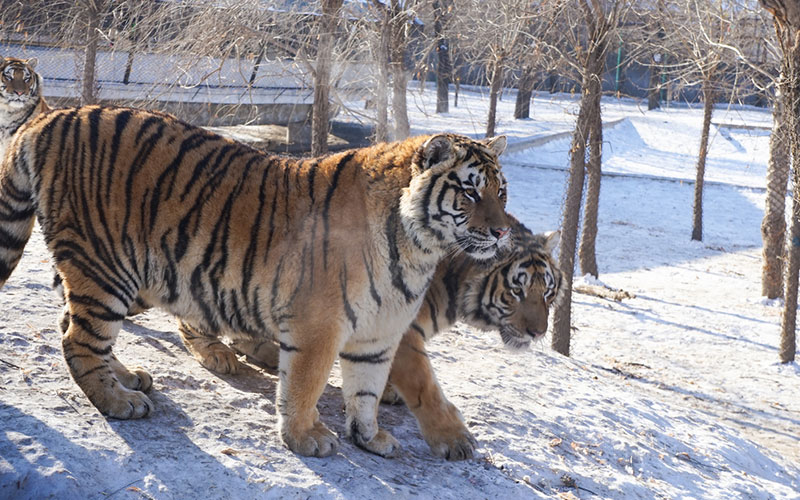 Harbin is home to the world’s largest natural park for Siberian tigers.

Harbin Siberian Tiger Park: The world’s largest natural park for Siberian tigers is home to 700 purebreds as well as other big cats such as white tigers, lions, lynxes, black pumas, leopards, some Bengali tigers and even a liger (a lion-tiger hybrid). With an estimated 300 Siberian tigers left in the wild (and only 12 of them in China), the park's efforts to breed this endangered species contribute greatly to the preservation of the largest surviving breed of tigers. You can buy a live duck, chicken, or even a cow, to feed to the 100 free-roaming wild Siberian tigers available for public viewing – definitely a sight not to be missed!

Summers in Harbin are short and cool, consisting of plenty of rainfall. With temperatures averaging at 20.8°C (69.4°F), the heat is definitely much more bearable as compared to its other neighbouring cities in inland China. Whatever the season, Harbin offers picturesque landscapes and unique charms that'll make you want to go back again and again. 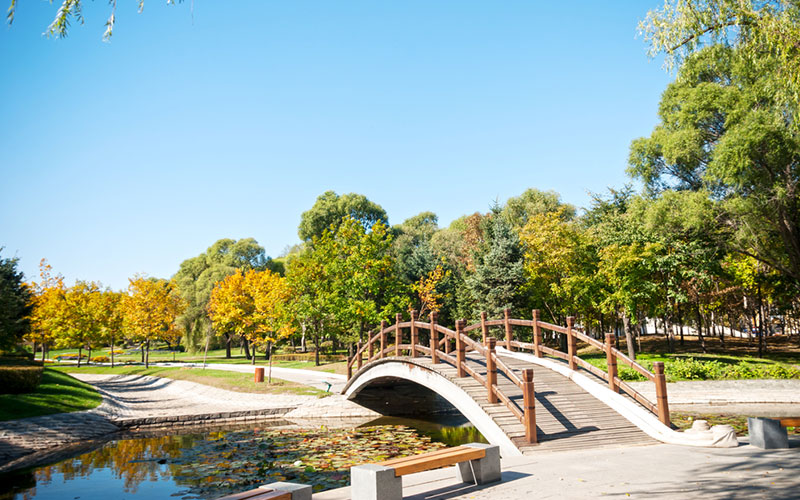 Harbin’s nature can also be appreciated in summer.

Sun Island Park: This winter paradise transforms into a whole new world once the ice thaws: sparkling blue water, crystal lakes, wooden rockeries, deers and squirrels running on the lush greenery. No wonder it’s the choice summer escape (23°C or 73°F, on average) for locals and tourists alike. The Harbin Beer Festival, held in the park every August, outshines any Oktoberfest by its sheer scale. Warmly lit houses with snow-laden rooftops add to the beauty of Snow Village.

Snow Village (aka Xuexiang): After a four-hour-drive up the mountain, you can explore this snow-capped village atop a horse, on a dog sled, or on skis. At night, neon lights and “snow curtains” (snow hanging from eaves to the ground) turn this town into a dreamlike fairyland. Imagine the photos you’ll capture out of this magical landscape.

East meets West in the streets of Harbin, which hosted an influx of Russian immigrants in the 19th century during the construction of the eastern leg of the Trans-Siberian Railroad. With its architectural mix of century-old European and Asian structures, you can’t help but feel you’re in Moscow – or Paris, depending on where your feet take you – until a majestic Chinese temple reminds you that you are still in China. Immerse yourself in the city’s Eurasian culture at the following sites. Saint Sophia Cathedral - This former Eastern Russian Orthodox church – the largest in the Far East – boasts a Neo-Byzantine architecture that mirrors the splendour of Red Square but evokes the spirit of Venetian basilicas and French cathedrals. After massive restorations in the 1990s, this Key Cultural Relic was reborn as the Harbin Architectural Art Gallery.

Stalin Park: Built in 1953, this riverside park is a beautiful landscape evidence of the friendship between the two then most powerful Communist nations, USSR and China. In winter, the Songhua river transforms this popular weekend spot into an ice sports centre. But for the rest of the year, the park offers a summer beach vibe. 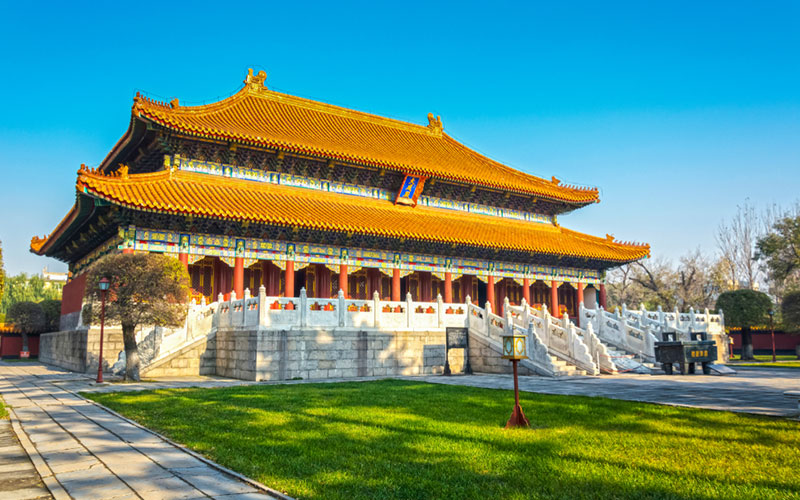 Confucius Temple is also known as ‘the Forbidden City of Harbin’.

Confucius Temple: Built in 1926, the largest Confucian temple in northeastern China exemplifies Qing Dynasty-style architecture and landscape: the temple’s symmetrical structure consists of three courtyards dotted with old trees and rare flowers. Due to its likeness to the Imperial Palace, it has earned the moniker “the Forbidden City of Harbin”. Harbin's streets are something to explore. After all, be it windy spring, cool summer, or frost-nipped autumn, there are tasty treats to try around every bend. Local fares carry the palpable influence of Manchu, Shandong, Heilongjiang and Russian cuisines. But for us, you should make the most of these four Harbin street snacks while in town.

Dalieba and Hongchang: Russian-style bread and smoked red sausage (unique to Harbin) are Harbin staples that are also deemed as choice gifts for family and friends.

The famous #MadieerIceCream in Harbin

Madieer Ice Cream: Savoury, sweet and milky, the Madieer Ice Cream is equally popular in the summer and winter seasons. Choose from eight flavours, with good old vanilla being the best seller.

For those with a sweet-tooth, candied haw (Bingtang hulu) is a popular local favourite! 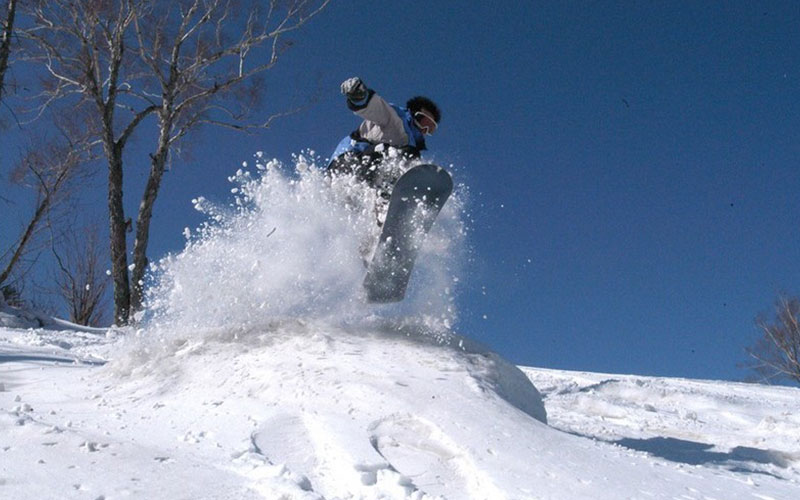 Famed for its long skiing seasons, Harbin is a hit with both novice and professional skiers. Photo Credit: China National Tourist Office

With its lengthy skiing season, Harbin is one of the best spots in Asia for slope babies. While it already boasts of having the biggest and greatest ski resorts in China with Yabuli Ski Resort, the city exceeds itself in 2017 with the opening of Harbin Wanda City, the world’s largest indoor ski resort. Now, you don’t have to wait for winter to fly and enjoy downhill skiing in "Ice City".

Harbin is “Narnia come to life” whenever winter comes. The next time you fly in, go beyond braving the cold. Look beyond its frozen wonders and discover the equally magical pleasure of exploring this “Ice City’s” exotic Eurasian heritage and summer delights under clear, blue skies.

The best time to visit Harbin is between December and February. The Harbin International Ice and Snow Festival takes place in winter where temperatures can go below -20°C (-4°F). You may also choose to visit Harbin for a cooling summer, where the average temperature of 20.8°C (69.4°F) is much lower than other cities in inland China.

The most convenient way of travelling around Harbin is by bus. The cost for a public bus ticket is typically 1 or 2RMB per ticket. Alternatively, the taxi is also an inexpensive way to save time. Usually, the flag down price is 8 or 9RMB for the first three kilometres, and then no more than 2RMB for every additional kilometre.

China’s currency is the Chinese Renminbi (RMB for short). Most places only accept credit cards issued by Chinese banks.

Flights to Harbin via Scoot are available three times a week from Changi Airport. Search for airfare deals and book your tickets now!