Of hulas and alohas: 5 must-knows about Hawaiian culture

If you were asked to think about Hawaii, the first thing that comes to mind might be floral shirts, hula dances or poké. However, unknown to most, the Aloha State’s culture is truly a treasure trove filled with ethnic influences, intriguing languages, cuisine blends, exciting festivals and so much more! If you ever plan to visit this beautiful island, here are some fascinating Hawaiian traditions and cultural practices to pique your curiosity.

All about aloha and ohana Aloha is more than just a greeting; it is a way of life in Hawaii.

The word aloha is most often used as a greeting or parting phrase to create an atmosphere of friendliness and love. Most importantly, it is an expression that embodies the “aloha spirit” – thinking and expressing good feelings to others – and is part of everything in Hawaii. People surf with aloha, cook with aloha, and even write work emails with aloha.

Another ancient Hawaiian term (popularised by the Disney movie Lilo & Stitch) is ohana. “Ohana means family. Family means nobody gets left behind or forgotten,” said Lilo, the protagonist in the movie. The word comes from oha, a highly revered taro plant native to Hawaii.

Legend has it that oha is the sacred ancestor of all Hawaiians, and that it signifies that all ohana come from the same root. Ohana speaks to the concept of a larger family not necessarily connected by blood – friends, neighbours and everyone else.

Keep it cool with a shaka 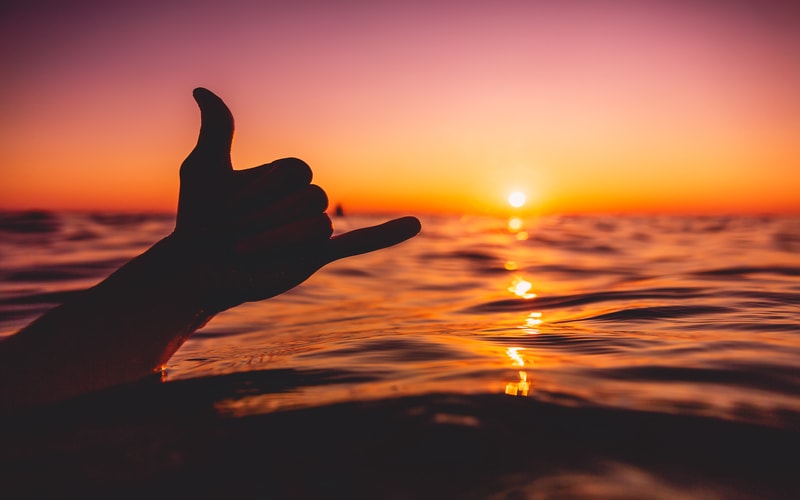 The shaka is a way to remind locals and tourists to always look out for one another on the islands.

Thanks to the surfer community, the shaka has become one of Hawaii’s hallmark gestures. The concept is simple: extend your pinkie and thumb while curling your pointer, middle and ring finger to express friendly messages such as “Thank you,” “Things are great,” “Take it easy” and for the surfers – “Hang loose” and “Right on”.

The shaka’s origins are shrouded in mystery but it is popularly credited to a Hawaiian fisherman from Laie who had lost three middle fingers on his hand during an accident at a sugar mill. Because of the accident, he was moved to guard the sugar train, where he used the sign to signal “all clear” and to shoo young keiki (children) from jumping the trains. Over time, the gesture evolved as children and other island residents mimicked it.

The shaka is the embodiment of “island style” and a constant reminder to take it easy when you’re in Hawaii. It also conveys friendship, understanding, compassion, and solidarity. The basic rule of thumb is: if you’re waved with a shaka, wave one in return, even if you’re not on the surf!

Celebrate each other with a lei 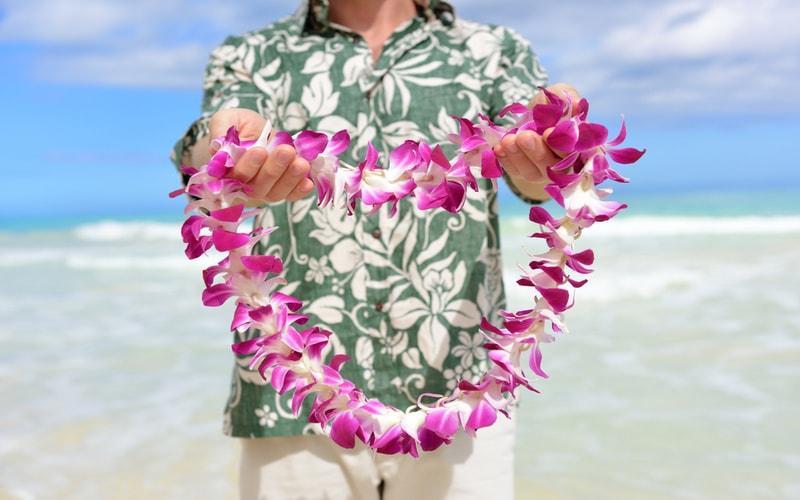 Leis can be worn, received or given for almost any occasion.

Early Polynesian voyagers who took an incredible sailing journey from Tahiti introduced the lei custom to the Hawaiian Islands. Then, leis were made from flowers, leaves, shells, seeds, nuts, feathers, and even the bones and teeth of various animals. Tree bark and vines were often used to create the strands that held the leis together. Some of the common flowers used in traditional leis include the orchid, the ti leaf, carnation and plumeria.

Traditionally, these garlands were worn by ancient Hawaiians to beautify themselves and to distinguish their own rank and level of wealth. The most significant type of lei was the maile lei, given between chiefs to foster peace with each other.

A lei symbolises a warm welcome, friendship, love, or a celebration and honour of someone. Therefore, always accept a lei. To wear a lei, gently drape it over the shoulders and let it hang down both in front and at the back. It is considered impolite to remove a lei from your neck in the presence of the person who gave it to you, so if you must, be discreet.

Is she attached? (Hint: Check for the flower behind her ear) Other than accessorising, wearing a flower behind your ear is an indication of your relationship status.

Anyone who visits Hawaii can often see women with a single flower tucked behind the ear, a part of the custom on the island and in other parts of Polynesia.

A lady with the flower tucked on the right side is signalling she is single and available, and just like how wedding bands are worn on the ring finger of the left hand, a flower on the left means that she's married or in a relationship.

Immerse yourself in the heart and soul of Hawaii through hula 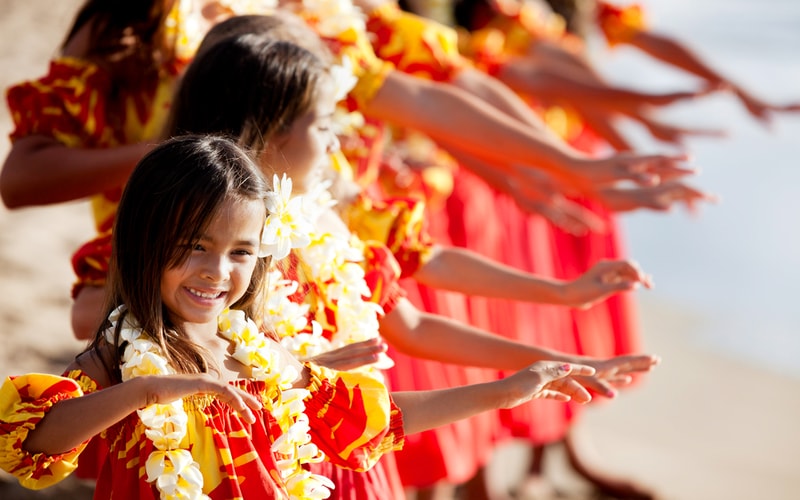 A hula is often performed at blessings and celebrations.

The beautiful and entrancing hula is more than just a dance to entertain tourists. It is a central and sacred expression of local culture and tradition. The dance is characterised by rhythmic movement of the hips and mimetic gestures with the hands and is often accompanied by chants and drumming. Underneath this mesmerising dance belies years of dedicated training, grit, and even athleticism.

Kahiko was the traditional kind of hula that was being performed in the islands before the influence of Western civilisation. Mele, on the other hand, is the chant or song that accompanies the hula dancers.

The nature of the dance, chants and the music perfectly capture the Hawaiian beliefs and cultural practices that respect their gods, keeping them in touch with their surroundings and the spirits that guide and protect the islanders every day.

Hawaii’s bountiful natural environment is not all there is to enjoy in this earth-bound paradise, as this group of islands is also home to people with a rich and diverse culture. One of the best things about coming to Hawaii is the opportunity to learn about the culture, and to allow the islands to bring you healing and joy.