Singapore's Park Connector Network is an impressive feat, enabling you to explore the large expanses of lush tropical flora and fauna that the island has to offer. Once a mere 5km stretch linking Bishan Park to Braddell Road, this extensive network has since grown and is expected to stretch to 360km by 2020.

Singapore’s parks are largely well maintained and safe but there are some key points to remember to make the most out of your adventure.

Pack refreshments and accessories - Take water to stay hydrated, umbrellas for the unpredictable rains and sunglasses to shade you from the mid-day heat.

Be mindful of your surroundings - Do not litter or pollute the environment and make way for other hikers and cyclists around you. Respect the ecosystem and avoid harming any of the plants or wildlife.

When in doubt, look for a map - Most parks have maps to guide you along to the main sights and to the exits. Or you could simply ask others who pass by on your trail for directions.

From slow and rambling to fast and challenging, we've put together a selection of four loops to showcase the best of Singapore’s great outdoors.

One of the lesser-known areas of Singapore and the longest of all four loops, this 26km trail links four parks, taking you from Buangkok, Sengkang and Punggol to the charming landscapes of Punggol Beach, Punggol Promenade and Lorong Halus Wetland. Arguably one of the most scenic routes on the island, this trail will guide you alongside glistening reservoirs and shimmering waterways.

The loop takes approximately four hours to walk or two hours to cycle. There is no doubt you’ll work up an appetite along the way. Nearby dining options such as Whisk & Paddle offer the perfect respite for those weary legs, with freshly ground coffee, all-day hearty breakfast and homemade desserts.

Walk among the treetops, admire the lush greenery, spot the wildlife and see the city, harbour and the Southern Islands from another vantage point. You'll be traipsing through Mount Faber Park, Telok Blangah Hill Park, Hort Park, Kent Ridge Park and Labrador Nature Reserve on this exhilarating 10km loop. Expect an adrenaline rush on the Henderson Waves, a 274m-long bridge that's suspended 36m above the ground!

The hanging plants of Hort Park (Credit: Singapore Tourism Board) 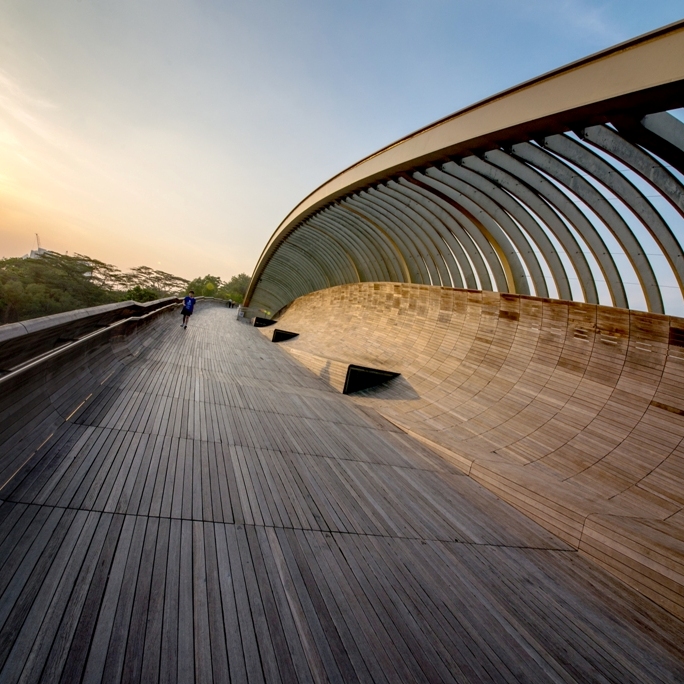 Stop along the Henderson waves to enjoy a quiet moment (Credit: Singapore Tourism Board)

The 8km loop covers two of Singapore's most-loved parks: Pasir Ris Park and East Coast Park. There are also a number of bicycle rental stops along this route in case you want to cover as much as possible in one ride. Whatever you decide, make sure to include a pit stop at the East Coast Lagoon Food Village to get your fill of local hawker fare while gazing out over the lapping waves and ships beyond. For the more adventurous, continue on to Changi and take a bumboat out to Pulau Ubin, which offers a quaint snapshot of the city’s past.

Go for a ride through the East Coast Park (Credit: Singapore Tourism Board)

This rugged 12km loop shows off the wilder side of Singapore, and will appeal to birdwatchers and adrenaline-seekers alike. Birdwatchers can delight in spotting some of the 50 species that have been seen along this route, including the Pacific Swallow and White-bellied Sea Eagle. Thrill-seekers can also break sweat on the challenging terrain of Zhenghua Park and Dairy Farm Nature Park.

A brilliant way to escape the hustle and bustle of the city, jump on a bike, pop on rollerblades or strap on walking shoes to discover Singapore's gorgeous parks. 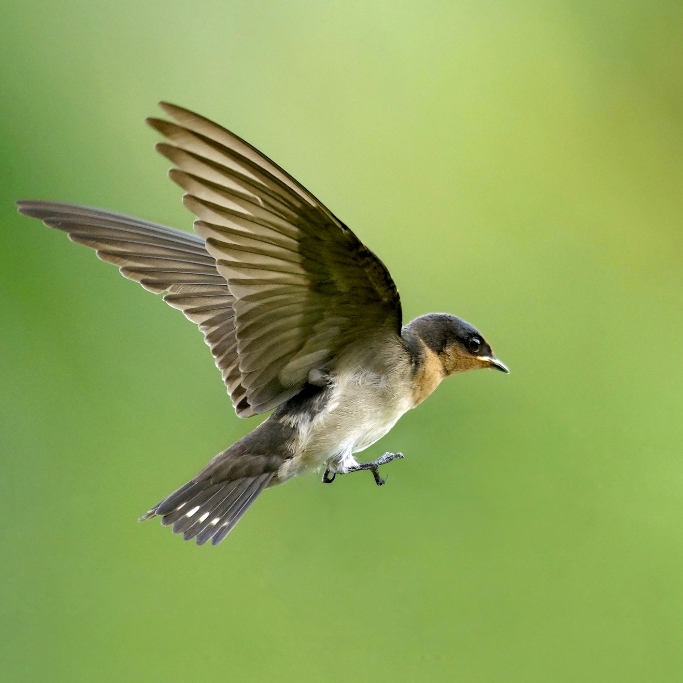 The Pacific Swallow in flight

Be one with nature at the Bukit Timah Nature Reserve (Credit: Singapore Tourism Board)