Not sure about you, but we always check-in super early when we fly out of Singapore

By Olivia Lin from Mothership.sg

To me, the best part about flying off on a holiday isn’t just about the destination.

Every fly-away vacation starts from the moment I step into our airport. Its welcoming departure hall pulls me right in from the humid air outside into its cool embrace — the people, the buzz, and, yes, even the smell of the place.

Whenever I travel, I make it a point to reach the airport early. In fact, even earlier than the recommended two hours. There’s somehow always something to do at the airport — especially at Changi Airport.

Being punctual has also helped me discover cool stuff at the airport, like the luxuriously large liquor collection housed within the DFS, and the first ever Pret A Manger outlet that was recently opened at Terminal 3.

Besides checking out cool stuff, here are more reasons why I like checking in early when I travel out of Singapore.

For peace of mind 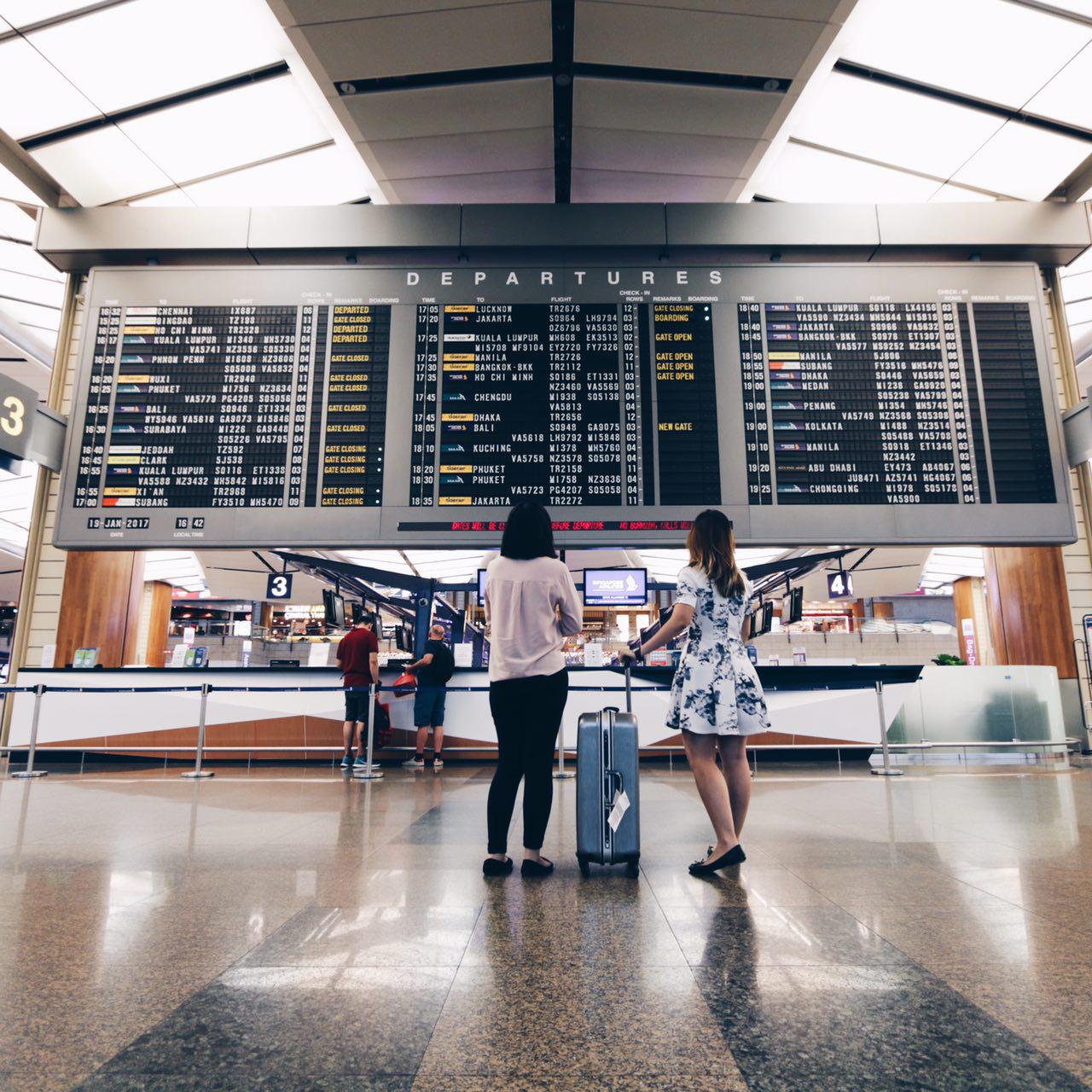 If there’s one thing I really dislike, it’s having to rush. So for me, the most obvious reason for checking in early is that there’s less chance of missing the plane.

It might sound like an unlikely occurrence, but it is possible. And it has happened to me.

I remember that I once cut my check-in time so thin, that I had less than an hour before my flight’s departure time from Geneva to Rome. Although I made it in time for the check-in, I had to make a dash for the boarding gate, which was (unfortunately) located at the extreme end of the airport.

Yet, the long arm of Murphy’s law still caught up with me, and I ended up missing my flight.

A few hundred Euros gone, just like that. I’ve never felt like kicking myself more. But that heartache has also served as a reminder for me to always be early for my flight.

Chance for a seat upgrade 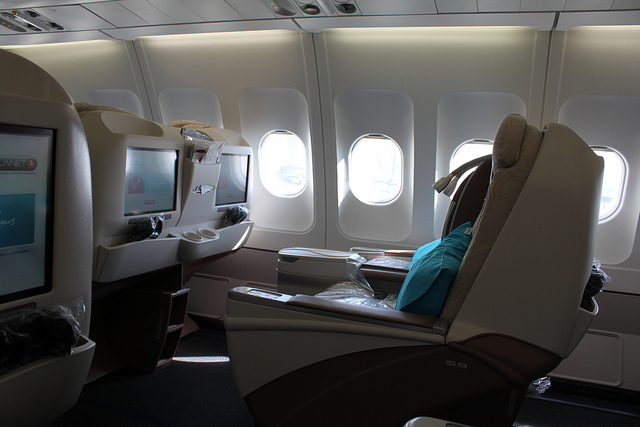 The early bird catches the worm. Or in this case, a seat upgrade. There are usually limited spaces available in business class, so by checking in early, it’s more likely that the staff at the counter will offer an upgrade.

Have a free drink at Raffles Long Bar

Many people don’t know this, but travellers can actually go up to Raffles Long Bar at Terminal 3 to have a free alcoholic drink. Besides the usual house pours and wines, people can also choose to have a taste of the bar’s signature cocktail, Singapore Sling.

If you happen to be departing from Terminal 2, there’s The Whiskey House on the upper level of the duplex, which provides complimentary tastings of over 100 different whiskies. 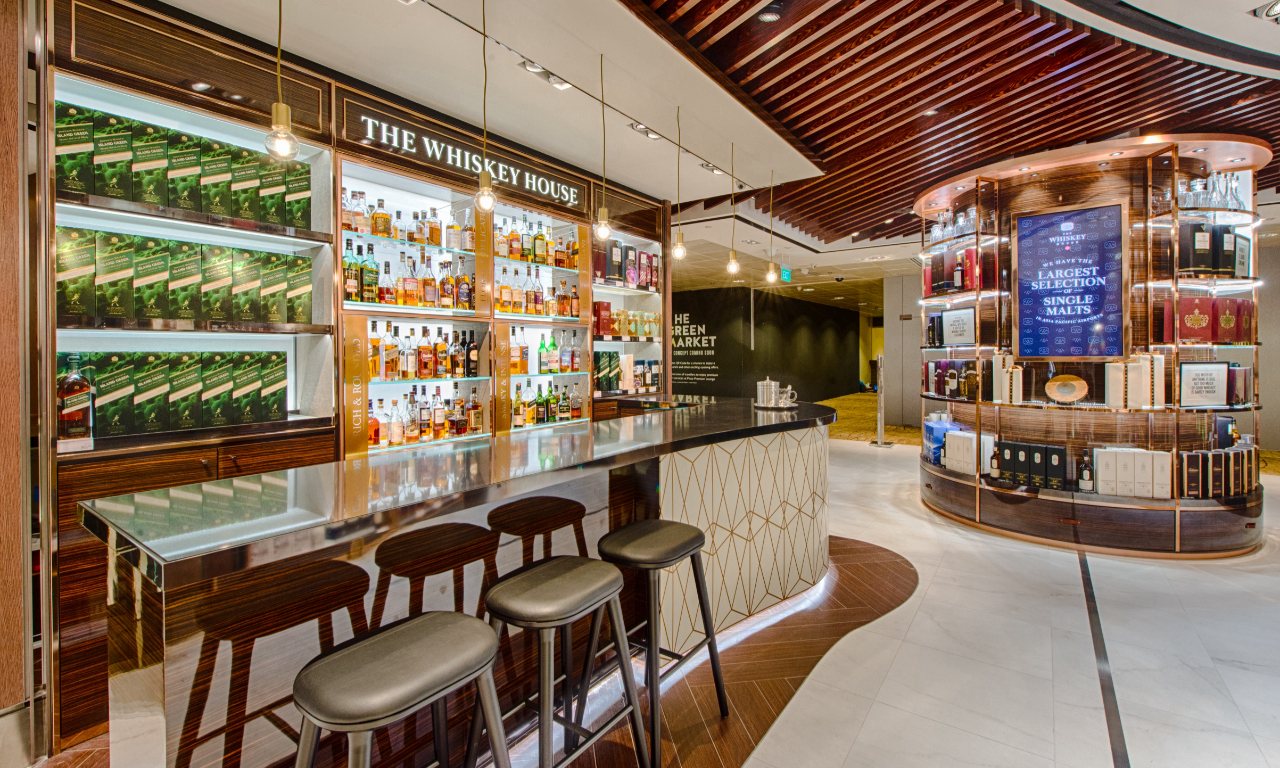 For beer and cocktail lovers, there’s also a new craft beer collection and cocktail bar at the newly opened Terminal 4. 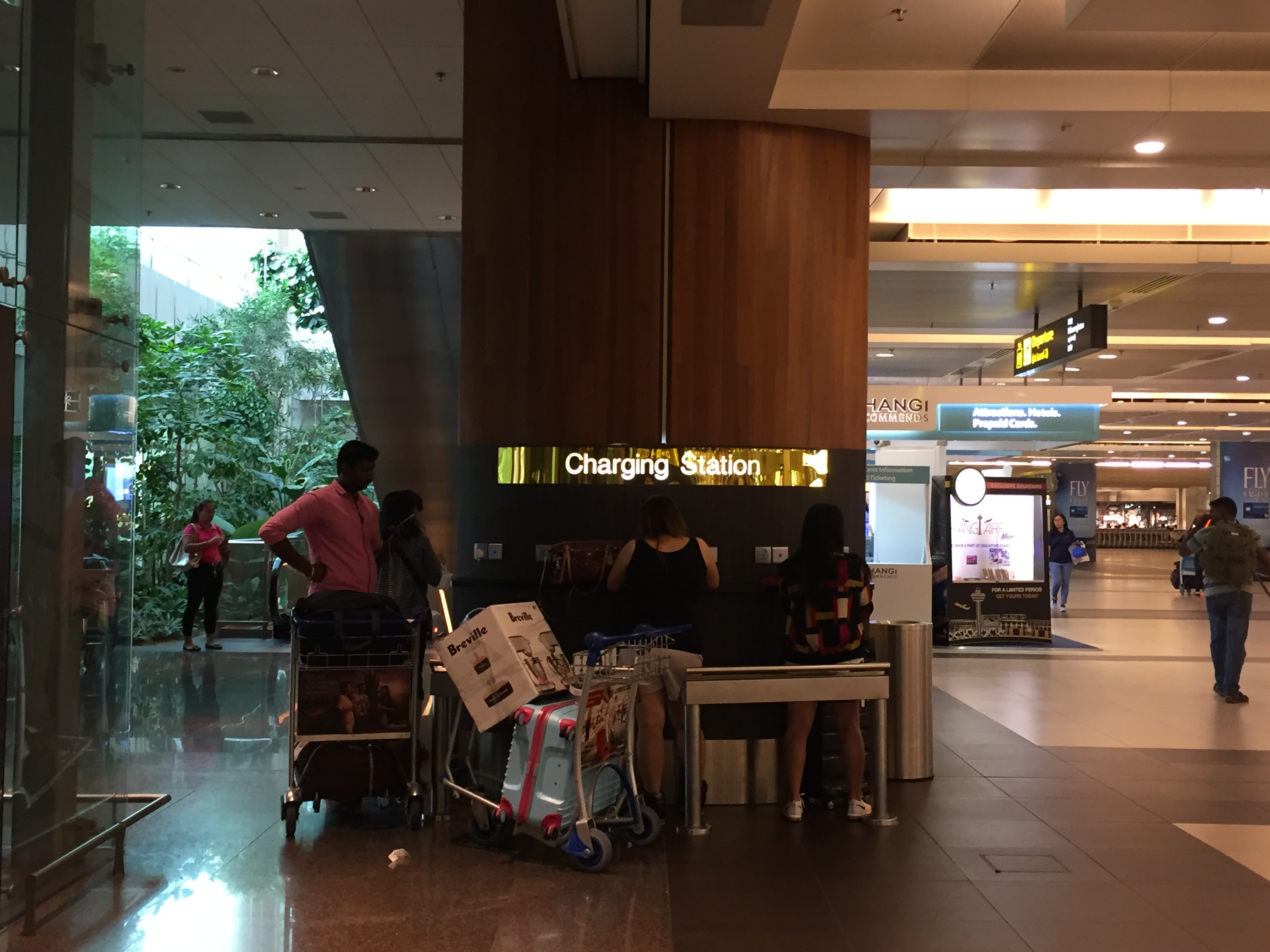 I can probably go to the airport with a flat battery and still leave with a fully charged device. There are charging stations everywhere from the departure floor to the transit areas.

Seriously, as long as I have a phone cable, I’ll always feel connected at the airport.

Time to even catch a quick movie

Didn’t manage to catch the latest blockbuster in the theatres? You can watch it in the transit lounges at Terminals 2 and 3.

Open 24 hours, the movie lounges screen newly released shows that have only been out a few months. If you want to know what’s being screened before heading down, you can even check the schedules here and here. 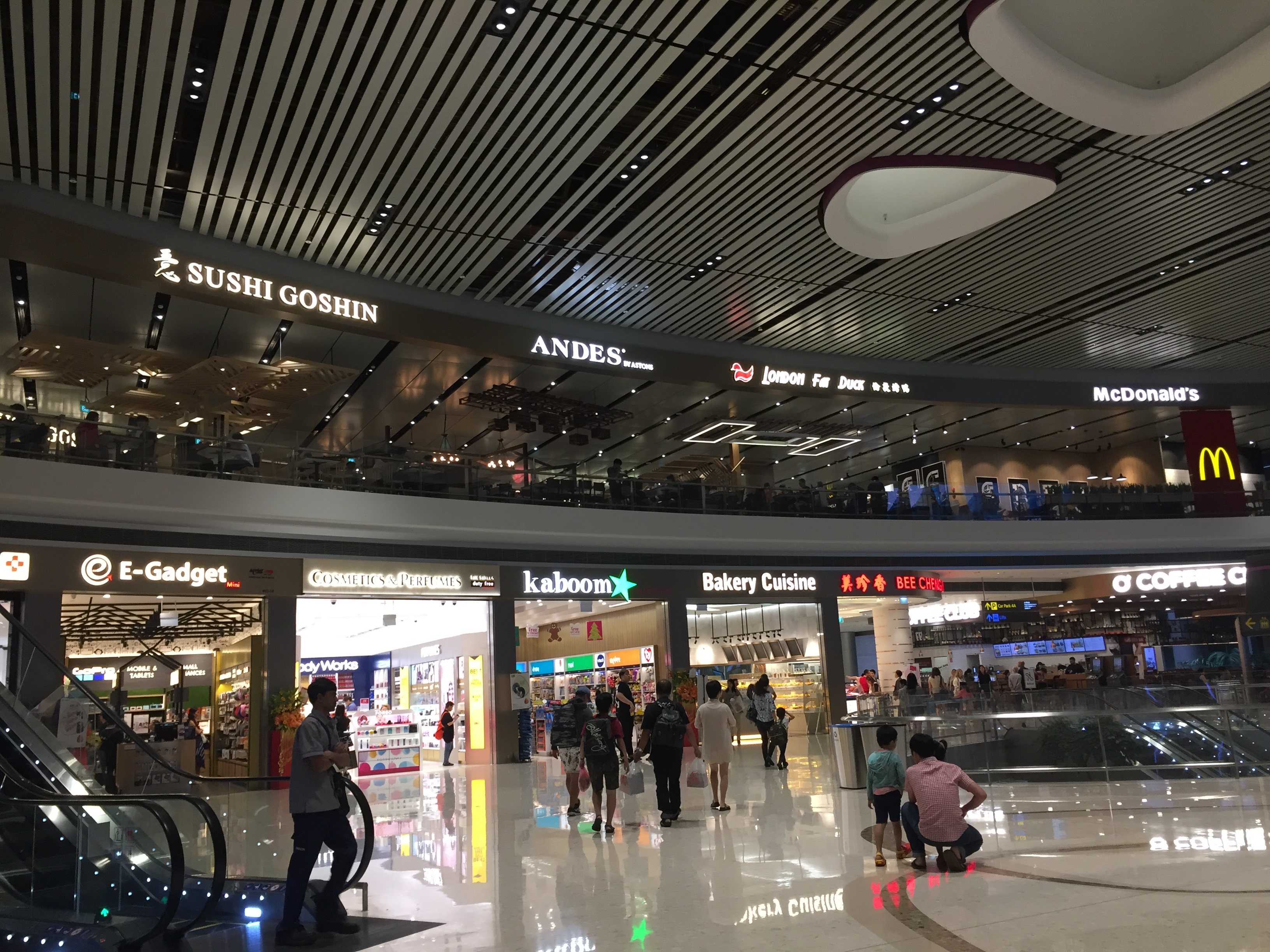 As a foodie, I’m usually up-to-date about the latest F&B offerings that land on our shores. And I realised that somehow, these eateries usually open at either Orchard Road or Changi Airport.

The Hello Kitty Orchid Garden cafe at Terminal 3 made waves when it first opened, and now, joining this line of special eating places are Kitchen by Wolfgang Puck, Hudsons Coffee, and Pret A Manger, which are three places that only have outlets at the airport at the moment.

Of course, the usual food courts and fast food joints also add to the number of eating places , leaving one truly spoilt for choice.

But that’s a good thing right? I mean, we’re tam jiak (greedy) Singaporeans after all.

With so many things to do and see, it’s no wonder Changi Airport has been voted the world’s best airport five years in a row.

Article written by Olivia Lin, in a collaboration with Mothership.sg.

About Mothership: Mothership is a Singapore-born Internet media company and one of the largest digital platforms in Singapore, with 5.5 million monthly page views. The platform covers a range of content, including local and regional news, lifestyle stories and historical content.