Getting the art of time down to a science

Did you know that Changi Airport houses more than 10 pieces of art installations across four of its terminals? The newest addition to the family – ‘A Million Times at Changi’, is one of the biggest kinetic artworks in the world. A labour of love that was four years in the making, this artwork (developed by Humans since 1982) combines both technological ingenuity and artistic sophistication. Not only is it a functioning clock, it is also a visual representation of the abstract concept of time.

If you’re curious to know more about this unique kinetic installation, here are some art-meets-science facts behind these 504 clocks and some useful tips on how you could capture ‘A Million Times’ when you visit Changi!

The art of time

1. Although there are ‘A million Times’ art installations in other parts of the world, ‘A Million Times at Changi’ is unique in that it is the largest of such installations  and the first ever to be located in an airport. The clocks that make up this mesmerizing piece of art are typically designed in black and white, with black hands on a white face. 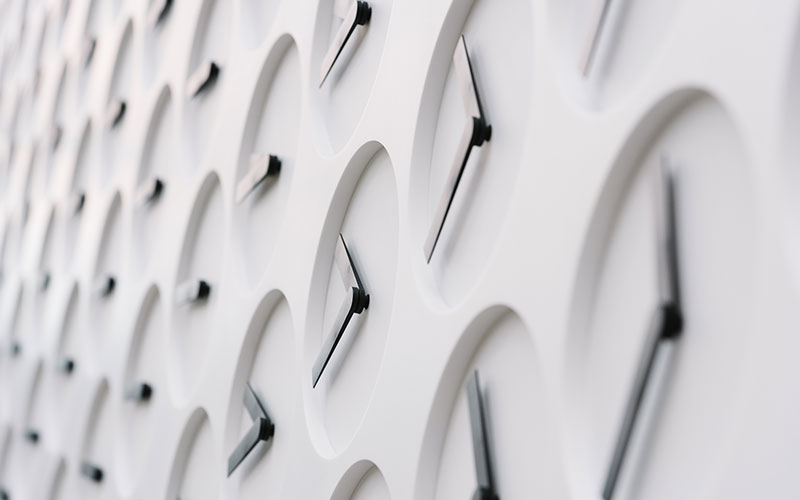 ‘A Million Times at Changi’ and its 504 clock faces. Photo credit: Studio Periphery

2. Accompanied by original light projections and sound design, a seamless flow of five motifs may be observed ‘playing’ around the clock. These motifs were inspired by nature and emulate the elements of fire, waves, wind, and even space. 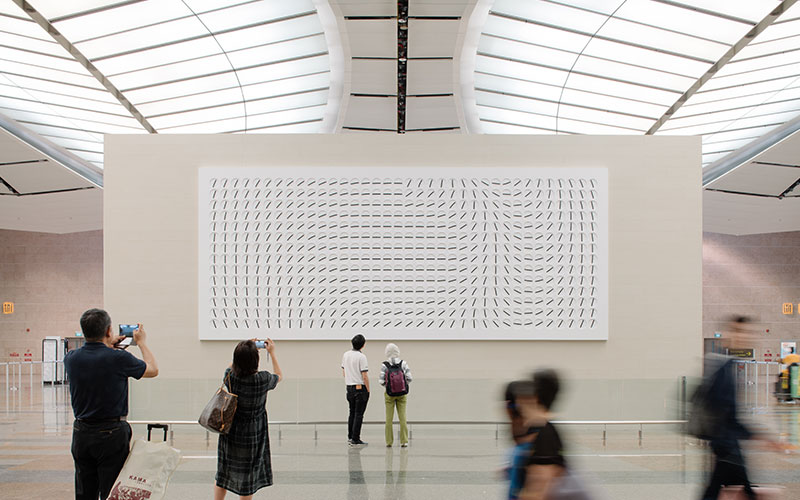 One of the five motifs on ‘A Million Times at Changi’. Photo credit: Studio Periphery

3. These five motifs are timed to run consecutively and in the same sequence; If you miss one, you will have to wait 17 minutes before you see the same motif again. Because of its complexity, it took 18 months just to ‘choreograph’ the five motifs!

1. During conceptualisation, it was initially proposed for there to be a total of 500 clocks. But the number was increased to 504 for aesthetic and cinematic reasons. Eagle-eyed observers would notice that it adheres (almost) to a 16:9 aspect ratio. Instagram tip: Ditch the square and take a snapshot of the artwork in its rightful glory – in full landscape form. While you’re there, do join the online conversation via the hashtag #AMillionTimesChangi on Instagram!

2. Each clock face measures 19cm in diameter, and each of its hands are controlled by a single motor – that’s a total of 1,008 stepper motors. Because of its sheer size (it weighs a whopping 800kg!), the parts of this artwork had to be shipped from Sweden and assembled in Singapore. It took a team of 10 professionals about four days to assemble the entire artwork. 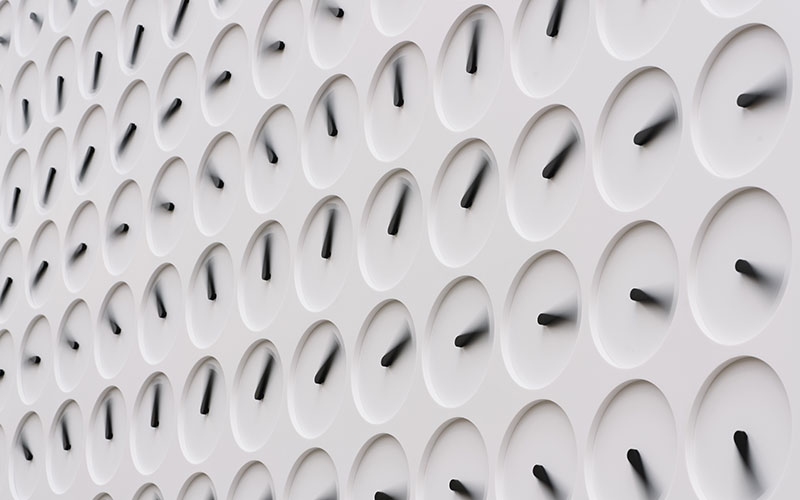 Each hand on a clock face is controlled by a single motor. Photo credit: Studio Periphery

3. Due to the scale of ‘A Million Times at Changi’, a bespoke technology was created specifically for  all its 504 clocks to be controlled at the same time. In fact, each clock face is powered by a single board computer uniquely designed to communicate as a network with the other clock faces. 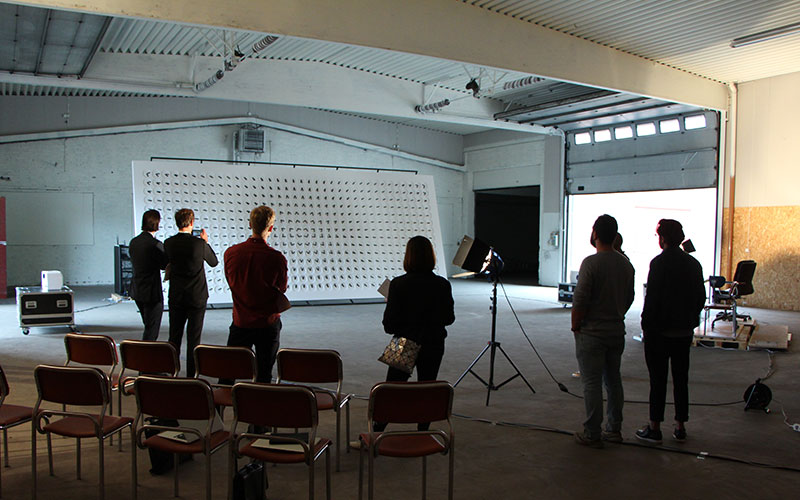 Whether you’re an art aficionado or a science enthusiast, a traveller or a casual visitor to Changi Airport, ‘A Million Times at Changi’ is bound to fascinate and intrigue you with its unique animations. Head down to Terminal 2’s Departure Check-in Hall to check out and admire this mesmerising work of art.