Meet the robots of Changi Airport and Jewel

Do you know that there’s a dedicated team at Changi Airport that works 24/7 to provide you with a seamless and positive experience in the terminals and Jewel? These hardy colleagues of ours don’t need to sleep, but they need an occasional short break to recharge. Some of them have even starred in our latest web series, Love at First Flight 2! If you have not watched the series, watch it below. Else, read on to find out more about these electrifying personalities!

Appearance: Dressed in the same uniform as their fellow human colleagues from the cleaning teams, they wear a nametag so that visitors can know who they are. You’ll notice that they alwayscarry a bright smile on their faces. Jing Jing is easily distinguishable because of her beautiful curly lashes that she prides herself on having.

Personality: Liang Liang and Jing Jing are as bright and cheery as their names suggest. They are adept at avoiding obstacles and fast learners.

Where you can spot them: In any of the airport’s terminals.

Hobbies: They enjoy team sports as they like working together as a team! They never shy away from a challenge and handle the laborious task of cleaning large floor areas in a highly systematic way. This allows their cleaner colleagues to perform other tasks concurrently, thereby making the cleaning process more efficient! 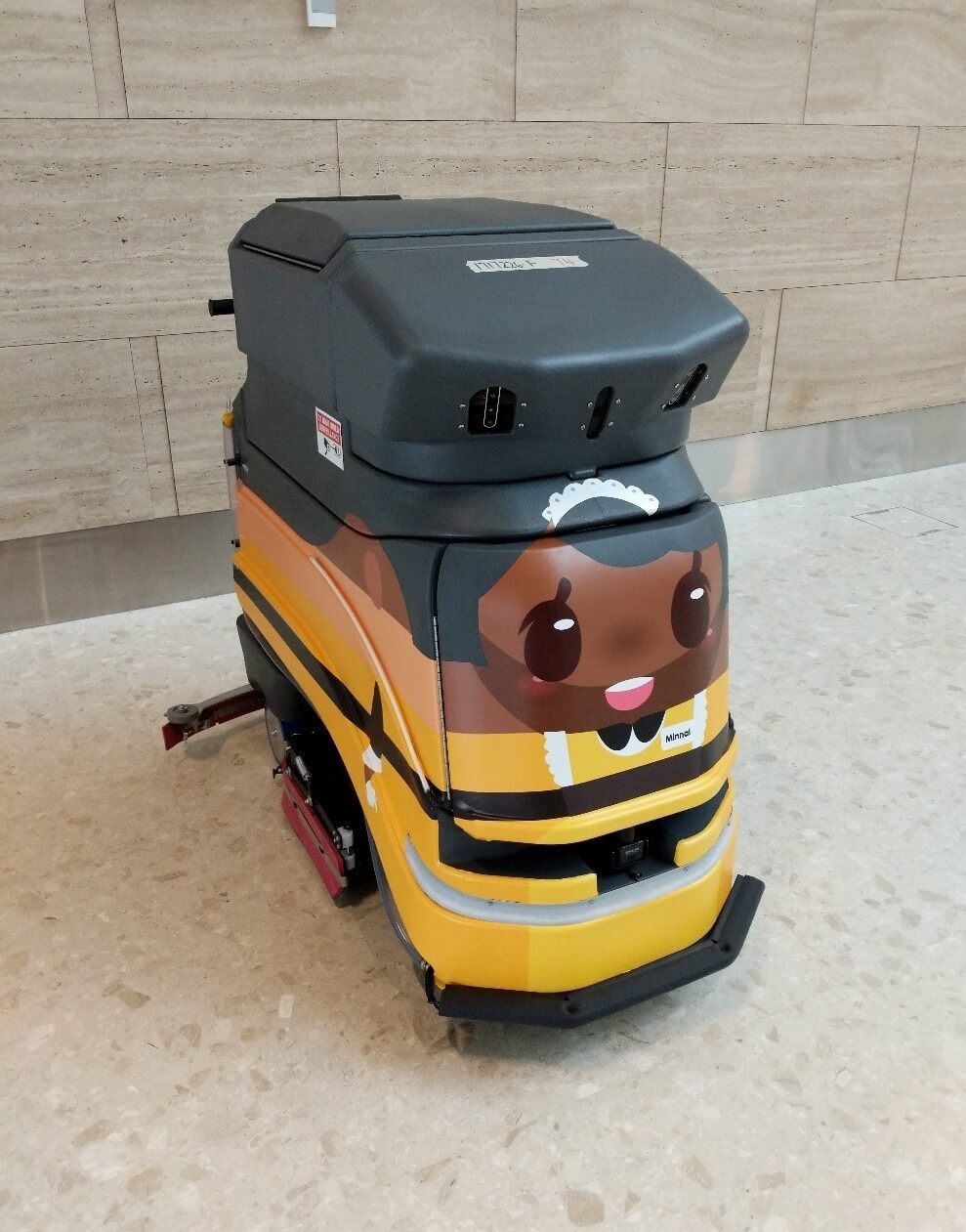 Names: Minnal (left) and Palich Palich (right). Minnal means ‘very clean’ in Tamil, and Palich Palich means ‘lightning’ in Tamil. They are an unstoppable duo who pride themselves on being able to clean the terminals at lightning speed!

Appearance: Smartly attired in the uniform of a Changi cleaner with a nametag on.  Palich Palich spots a fancy five o’clock shadow, so you can never mistake him.

Personality: Minnal and Palich Palich are very meticulous. They always ensure that the area they’re in charge of cleaning is always spotless and clean.

Where you can spot them: In any of the airport’s terminals.

Hobbies: Both Minnal and Palich Palich like to play memory card games. They have excellent memory skills, which is evident from them being able to memorise and map out new floor areas very quickly. 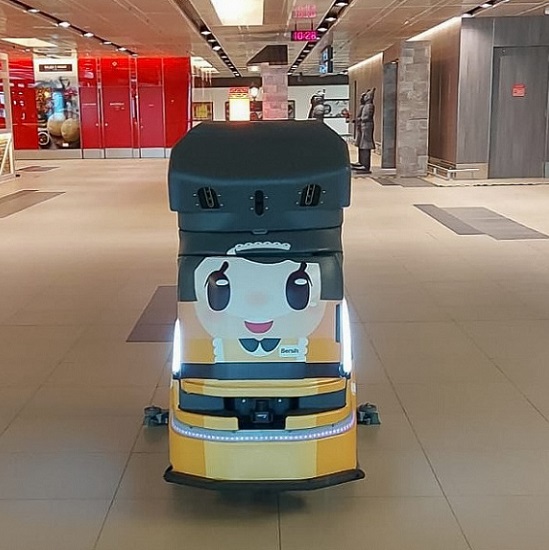 Names: Putih (left) and Bersih (right). Putih means ‘white’ and Bersih means ‘clean’ in Malay. Just like their names suggest, Bersih and Putih both make it their mission to keep the floors in Changi Airport sparkling white and clean!

Appearance:  Donned in Changi’s cleaner uniform with a nametag for identification, they perpetually wear a bright smile on their faces.

Personality: Putih and Bersih have an eye for detail. They can spot dirt from a distance and will usually be the first on site to clean up the dirt!

Where you can spot them: In any of the airport’s terminals

Hobbies: They love building models and have the skill of picking up small objects. This is useful when they come across items that visitors might have accidentally dropped on the floor.

Quote: “Teamwork divides the task and multiplies the success!”

Hello, we are Joy and Jemie. Nice to meet you!

Appearance: With their bunny ears and pink or blue exterior, it is hard not to spot Joy and Jemie. But don’t be fooled by their dainty appearance, Joy and Jemie are rap machines!

Personality: Joy and Jemie are very friendly and enjoy meeting new people. They have a very caring heart as they work tirelessly to make sure that any puddles around the HSBC Rain Vortex are quickly wiped up. They also enjoy posing for photos whenever anyone requests for a photo with them. They are rather playful too and will make all sorts of expressions with their eyes when interacting with visitors.

Where you can spot them: They can usually be spotted singing or rapping while working around the HSBC Rain Vortex at Level 1.

Personality: Chris is a robot of few words. He prefers to work hard in silence and let his results do the talking.

Where you can spot him: He will usually be towing his waste collection bins around the shopping areas in Jewel.

Hobbies: Likes to go to the gym and lift weights, so that he can maintain his strength and continue to tow his waste collection bin for a long time to come.

Quote: “I am capable of great things. It’s called a garbage can, not garbage cannot!”

PETER is a Patrol & Traffic Enforcement Robot at Jewel, and he has a safety message to all the readers: “Please look both ways before crossing the roads! Thank you!”

PETER acts like a big brother to all of his robot colleagues and is always looking out for the safety and well-being of his colleagues and visitors. If you would like to pop by and say hello, PETER can be found patrolling along the main entrance of Jewel. He screens traffic enforcement messages and plays audio advisory alerts for drivers who stop their vehicles for an extended period of time at the kerbside.

Here is a video of PETER hard at work!

Now that you have gotten to know our robot colleagues better, you can get acquainted with our other airport staff too, by checking out our “Faces of Changi” feature articles!

This series of articles tells you more about the interesting personalities and unique jobs that they have which keep our airport running. Happy reading!